FindingTheVoices with Reverend Father Joseph Kachiramattam, the first diocesan priest posted in Manipur and has been serving as a priest for 58 years now.

We are at Priests’ Home, Mantripukhri in Imphal and our guest for this episode is 91 years old Reverend Father Joseph Kachiramattam. He was very kind and strong enough to share with us his entire life story and experience from the time he came to Manipur on 27th July, 1958 till today. He has been serving as a priest in Manipur for 58 years now and was the first diocesan priest to be posted in Manipur. Father Mattam, who was 32 years old at the time, actually volunteered to be posted in Manipur when one of the three Italians priests that were serving at the Mission Station in Manipur had to leave because the priest had not acquired Indian citizenship.

Father Mattam talks about his time in Sugnu and Churachandpur, setting up parishes and schools in the remote locations. He started his journey to Sugnu from Don Bosco, Chingmeirong, which was their centre at the time. He established the St. Joseph’s Parish in Sugnu and was appointed as the parish priest by the Bishop. Sadly, during his tenure in Sugnu, he suffered from Pleurisy and had to leave on 31st January, 1967 to get treatment in Imphal. Two months later, he recovered from the disease but had to go to his native place in Kerala to get further treatment. Father Mattam also talks about the time he met with an accident while riding on his Royal Enfield at Nambol. 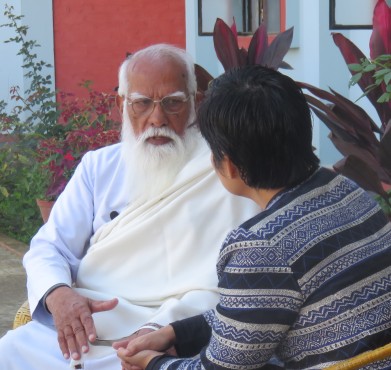 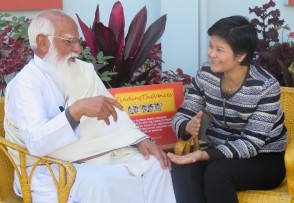 4 thoughts on “S03E46 FindingTheVoices with Reverend Father Joseph Kachiramattam, the first diocesan priest posted in Manipur and has been serving as a priest for 58 years now.”