A Funeral for my living Father

You mock about my ailing father,
Who is old and frail,
Who is battling with his memory,
Taking time to recall my name,
And yet greeting me with such profound expressions giving me the peace that feelings cannot be snatched even by Dementia,
Living his second childhood with his days numbered.

You curse about my living father,
Mocking about his funeral when he is alive,
Judging that I won’t make it for the funeral,
A funeral which you pitied the Leikai (community) will perform without me,
Such vicious words,
Such hateful words from someone I don’t even know.

You, hiding behind a fake name,
You have won in wounding me,
It’s true, I sleep every night with the biggest fear that I will miss his last moments,
It’s true, that I have failed to be with him at his hours of need,
It’s true, I have played out in my mind of every tiny details of how soon I can reach,
To be on time to hold his hands.

An Experimental attempt to put thoughts in writing by Monica Ingudam.

Author’s Notes: I was deeply pained and saddened by the threats, personal attacks (specially the ones about my father) and abusive vicious raw words/message I received for writing the Poem “Students in Manipur”.

Written while I was traveling in the Air India flight from Delhi to Imphal, completed in my Father’s house sitting in the Mangong (Portico) listening to the familiar sound of birds chirping. A photograph of my meal with my Father just before I left Imphal, a meal with the hope and wish for more meals together. 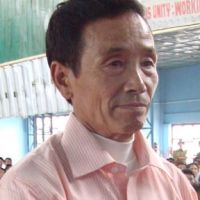 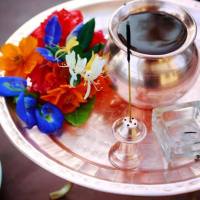