FindingTheVoices with Reverend Father Joseph Kachiramattam, life as a priest in Manipur for 58 years. (Part 4)

Catch up the 2nd part of the interview at FindingTheVoices with Reverend Father Joseph Kachiramattam, changing the lanscape of education in Manipur.

Catch up the 3rd part of the interview at FindingTheVoices with Reverend Father Joseph Kachiramattam, shares about Extortionists, kidnapping, shooting and killing of priests in Manipur.

The Catholic Church in Manipur has established more than 40 schools in the nook and corners of the state. In 1956, the plot which is current occupied by Nirmalabas High School, Imphal was the centre for the Catholic Missions. From there, they expanded their mission to reach the remote places of Manipur. The Nirmalabas School was then founded in February of 1958 in the little house they had bought at Rs. 49,000. They shifted to Chingmeirong on 31st January, 1958 and later on built the Church in 1959. Reverend Father Joseph Kachiramattam was the first diocesan priest to be posted in Manipur. He has been living in Manipur for 58 years since 27th July, 1958 and has served the people, carrying out God’s will and teaching the truthful way of life.

Father Mattam says that there are now more than hundred non-local Indian priests and more than fifty local priests in the state. He says that other priests may come and go, but the diocesan priests are incarcerated to the Diocese which they are assigned and will continue to serve till the end. He talks about the sacrifices the priests have to make when they choose this way of life. During the 60’s, the priests were allowed a stipend of Rs. 3 per day for their livelihood. Now, their stipend is only about Rs. 3000-4000 per month.  Towards the end of this episode, the reverend gives a message for the people in meitei-lon. 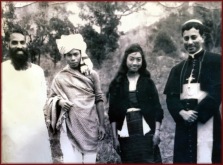 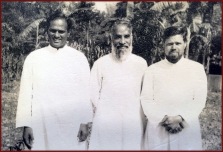 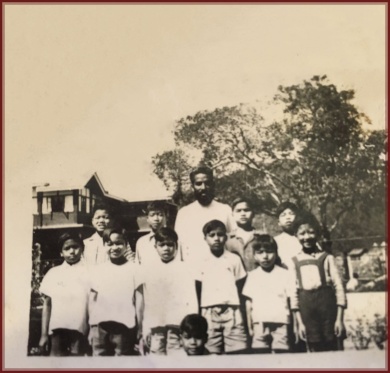 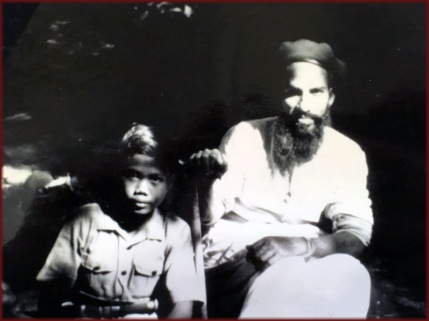 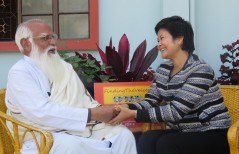 Catch up the 2nd part of the interview at FindingTheVoices with Reverend Father Joseph Kachiramattam, changing the lanscape of education in Manipur.

During the 90’s and early 2000’s, some underground groups and extortionists kidnapped and even shot and killed some priests of the Catholic Church. Father Mattam talks about some of these incidents where the fathers and brothers of the Church were the victims. He says that peace and development can never be achieved using bullets. He believes in solving such kind of problems by negotiating and talking between the two parties without the use of violent means. He feels that the other party should express what they really want and that their movement should be meaningful. Even after a series of such attacks on the Church, the priests in Manipur continue to stay brave and keep serving the people, doing God’s work. Father Mattam says that the people who are here to serve, who love God, are committed and that they are not afraid of death, pain and suffering or any kind of threat. He quoted by saying, “If you want peace, stand for truth and justice. Don’t be afraid of death.”

In this episode, Father Mattam tells a story about his early days when he first chose the path to becoming a priest; learning Latin, studying Seminary for 3 years, Philosophy for 3 years and another 4 years for Theology. He says that he was determined and by God’s grace, he was able to complete his 10 years course. He says that he felt no desire to go back nor did he feel any regret for have chosen this path. His first assignment after his ordinance was in Manipur. Father Mattam had no idea where Manipur was located even though he was the one who volunteered to be posted there. In fact, he was actually searching for Manipur on a map with the help of another priest before starting his journey!

As Rev. Father Mattam got diagnosed with Pleurisy in 1967, he had to leave Sugnu for treatment in Imphal. He then left Manipur to get further treatment at his home town in Kerala. After six months stay in Kerala, he was recalled and then posted at Bishop House in Dibrugarh. He worked there as Spiritual Director for six months before requesting to be sent to Manipur. He was then appointed as the Parish Priest at Good Shepherd Parish in Churachandpur. He also worked as the Principal at his school, Don Bosco Higher Secondary School, Churachandpur during this period. Father Mattam says that earlier there were no schools in the villages of Churachandpur and the people kept requesting for schools to be set up in the villages. During this time, he used to bring some students to Imphal for their studies. He talks about the success of their students after passing out from their schools. After eight years stay in Churachandpur, Father Mattam came back to Imphal and started work at Pastor Training Church.

FindingTheVoices with Reverend Father Joseph Kachiramattam, the first diocesan priest posted in Manipur and has been serving as a priest for 58 years now.

We are at Priests’ Home, Mantripukhri in Imphal and our guest for this episode is 91 years old Reverend Father Joseph Kachiramattam. He was very kind and strong enough to share with us his entire life story and experience from the time he came to Manipur on 27th July, 1958 till today. He has been serving as a priest in Manipur for 58 years now and was the first diocesan priest to be posted in Manipur. Father Mattam, who was 32 years old at the time, actually volunteered to be posted in Manipur when one of the three Italians priests that were serving at the Mission Station in Manipur had to leave because the priest had not acquired Indian citizenship.

Father Mattam talks about his time in Sugnu and Churachandpur, setting up parishes and schools in the remote locations. He started his journey to Sugnu from Don Bosco, Chingmeirong, which was their centre at the time. He established the St. Joseph’s Parish in Sugnu and was appointed as the parish priest by the Bishop. Sadly, during his tenure in Sugnu, he suffered from Pleurisy and had to leave on 31st January, 1967 to get treatment in Imphal. Two months later, he recovered from the disease but had to go to his native place in Kerala to get further treatment. Father Mattam also talks about the time he met with an accident while riding on his Royal Enfield at Nambol. 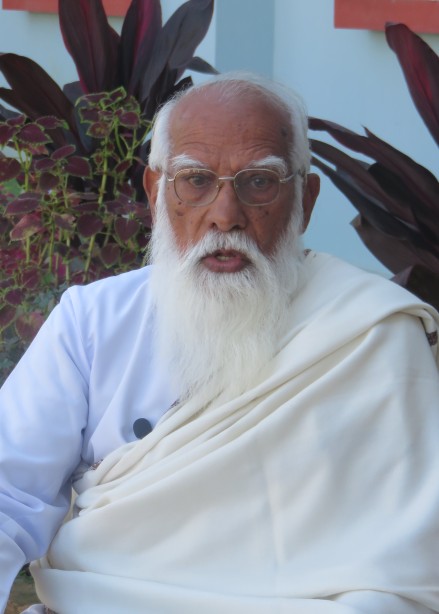 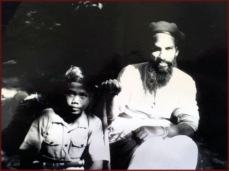 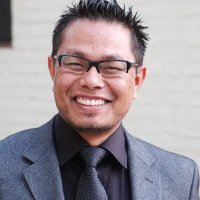