Catch up the 1st part of his interview at FindingTheVoices with Mr. RK Budhimanta, learning about RKCS Art Gallery, Manipur.

Catch up the 2nd part of his interview at FindingTheVoices with Mr. RK Budhimanta, Art and creativity in Manipur. (Part 2)

Apart from being a painter and a sculptor, 4th generation artist of the RKCS family, RK Budhimanta also makes topiaries, creating animals and birds shaped structures from bushes and plants. His works can be seen at their garden and also along the bank of the Nambul River. The artist was also once a flora devotee, collecting varieties of flowers and winning a few prizes in flower exhibitions. Along with recreating paintings that were previously done by his father, Rajkumar Chandrajit Sana, Mr. Budhimanta also creates his own paintings to express his thoughts and send messages though the paintings. One such painting is a portrayal of skulls depicting the devastating consequences of war; another is a painting illustrating the gruesome nature of starvation in Somalia; and another is a crafty portrait of Irom Sharmila that also reveals a map of Manipur when closely examined.

Most of the paintings done by RKCS are collected and in more demand among the non-Manipuris than the people of Manipur themselves. Mr. Budhimanta says that he actually appreciates this trend and feels proud about the fact that more and more people outside of Manipur are interested in collecting and studying about the culture of Manipur. Although, he wishes that the people of Manipur would also follow this trend of collecting paintings and become a little more passionate about art. He says that there are many talented artists in Manipur but lack exposure. He wishes to bring all these artists together under one roof and establish a hub for displaying and selling their beautiful paintings for the tourists and art lovers. The artist also stresses about the difficulties they face whenever they participate in exhibitions held outside Manipur because of the lack of sponsorships from both Government and private bodies. 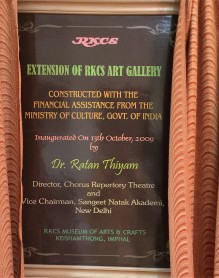 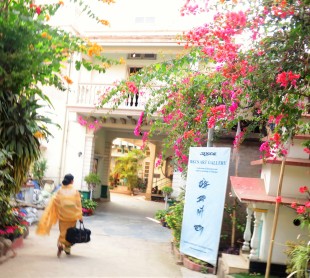 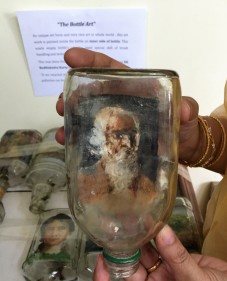 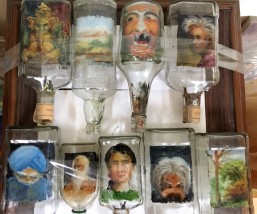 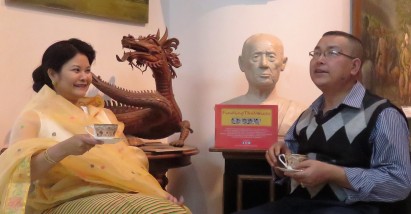 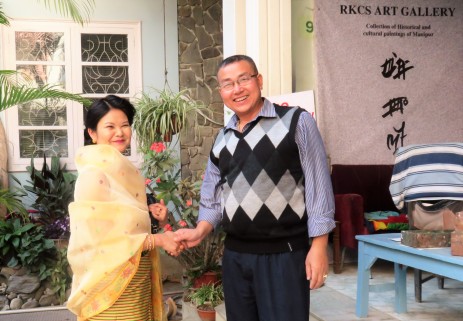 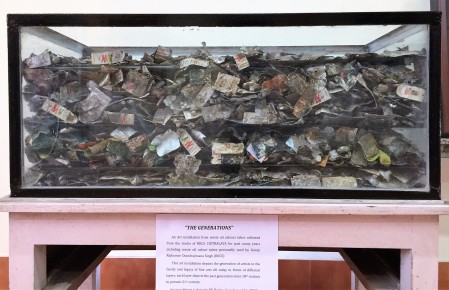 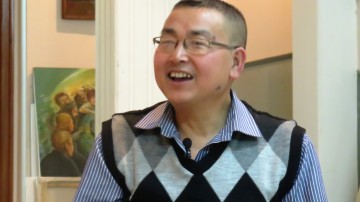 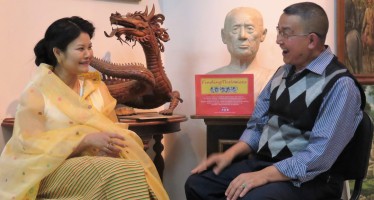