S03E14 FindingTheVoices with Irom Sharmila Chanu: “I am a human being and I want to live”
Guest Speaker :Irom Sharmila Chanu, a civil rights activist, political activist, and poet from the Indian state of Manipur. She is on her 16th years of fasting to repeal AFSPA from Manipur.
Language: Interview in Meteilon, subtitled in English
Location: Imphal, Manipur, India
On 2nd November, 2000, ten civilians, including a 62-year-old woman, were killed in an indiscriminate firing by personnel of the 8th Assam Rifles at Malom, Manipur. Having encountered numerous other such incidents where innocent civilians were tortured and executed by the army, Irom Sharmila Chanu
decided that such monstrous acts of the army can only be stopped by taking extreme measures. The Iron Lady of Manipur, who was 28 years old at the time of the Malom Massacre, decided to fast-unto-death until the Armed Forces Special Powers Act gets withdrawn from Manipur. It has already been 16
years of her non-violent protest but the draconian law still exists in the state.
She has been arrested multiple times on the charge of “attempt to commit suicide ” and released after the end of each penalty every year. It is only during this time that she gets the chance to come out and protest in public. But she is deeply saddened because the people have just been mere spectators. What
she really wants is for the people to use their rights and powers, being citizens of a democratic country and step in when something wrong and unjust happens in the society.
Irom Sharmila also shares from her heart about her dreams and aspirations from a personal perspective.
We all know about her cause which is well covered but I have always wanted to know her as a person. We had very less time but lots to talk, and in that short time Eche Sharmila Irom opened her heart and shared her story. We cried and and laughed together and I knew I cannot give up, I have to continue FindingTheVoices and bringing out the voices of Manipur. 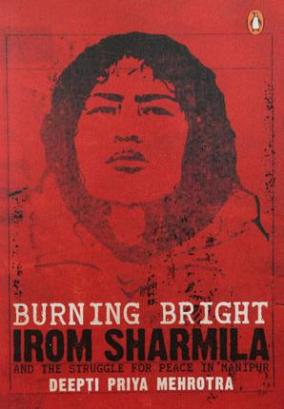 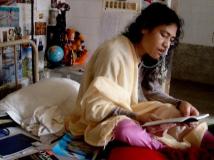 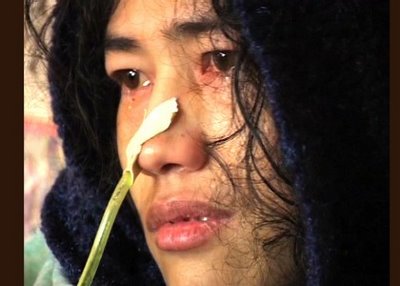 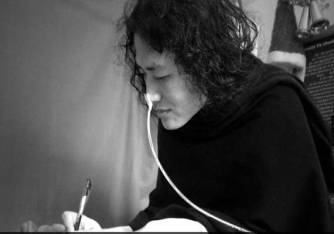