Dr. Sohini Ray, the world-renowned master-artiste of classical Manipuri dance currently based in Los Angeles, USA will be touring India with her solo dance production ‘Bhaktirasgi maangal khonjel: Sounds and lights of devotion.’ from Dec 27 to Jan 12. 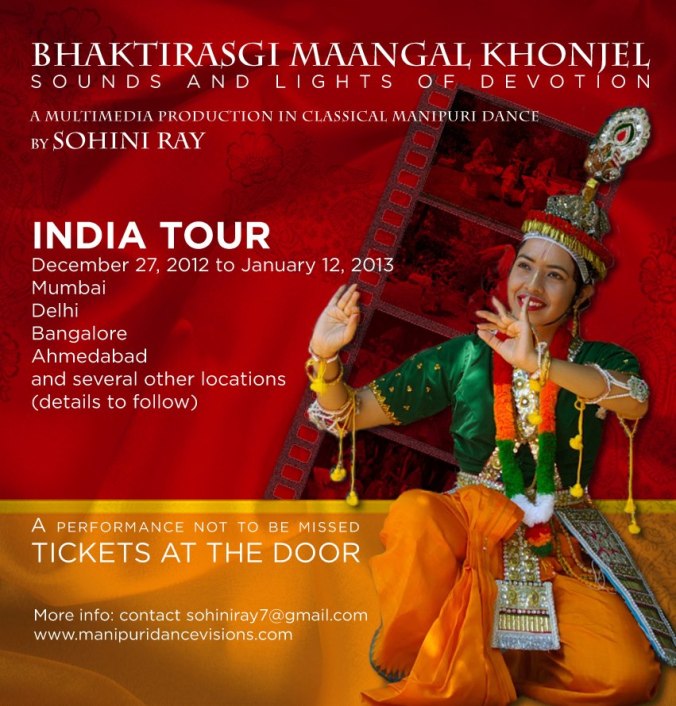 Dr. Ray, a rare combination of an outstanding performer and a prolific scholar, has won the prestigious Lestor Horton award in 2008 for her production “Gita Govinda”.  (Lestor Horton award is the equivalent of the Grammy. It is given for live concert dance.) And, has received two more Horton nominations in 2007 and 2011.  She won the Los Angeles Treasures award in 2007, and numerous other grants and fellowships.

A Ph. D. in anthropology from University of California at Los Angeles (UCLA), Dr. Ray has held fellowships in Harvard University and has taught both academic and practical dance classes in several American Universities.

Her research on Manipuri dance won the prestigious J.B. Donne prize in anthropology of art from the Royal Anthropological Institute, UK in 2009; she being the first dance-researcher in the world ever to have achieved this rare accolade, also the first Asian and the first woman.

Dr. Ray was identified as a child prodigy by the legendary Manipuri dance maestero late Guru Bipin Singh at age seven and was trained by him and his senior disciples, the Jhaveri sisters for more than twenty-five years. She received the prestigious national scholarship in Manipuri dance from the Government of India at age fourteen and numerous prizes and awards as a young performer in India, and was a lead dancer in Jhaveri sisters dance troupe for several years. Concurrently, while dancing professionally full-time through her college and university careers she stood first class first in Bachelor’s and Master’s degree in anthropology from University of Calcutta. In 1992 she chose to move to United States to pursue an MA in dance in University of California at Los Angeles, and has lived and worked there since.

Dr. Ray has travelled and researched in remote regions of Manipur for the past twenty years and has one of the finest collection of audio-visual materials on Manipuri dance in the world.

The said production, to be performed in India for the first time, was a finalist nominee for the 2010 Margaret Mead award given by the Society of Applied Anthropology of the American Anthropological Association for successfully establishing dance as an application of anthropology.  It features live dance pieces from classical Manipuri dance (originally choreographed by late Guru Bipin Singh in collaboration with the Jhaveri sisters) and film segments shot in the temples of Manipur showing the ritual roots of the dance form.

One thought on “Dr. Sohini Ray, the world-renowned master-artiste of classical Manipuri dance will be touring India from Dec 27 to Jan 12.” 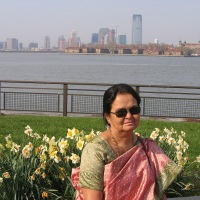 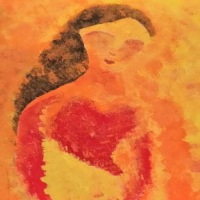 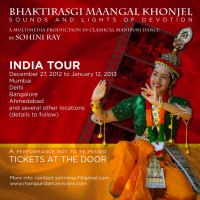